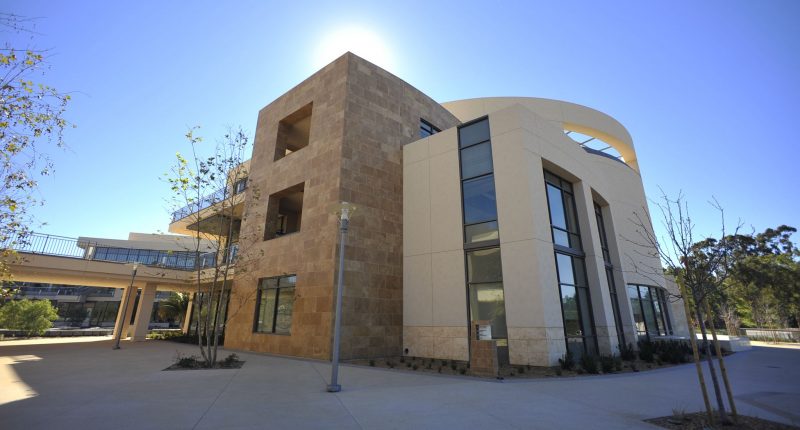 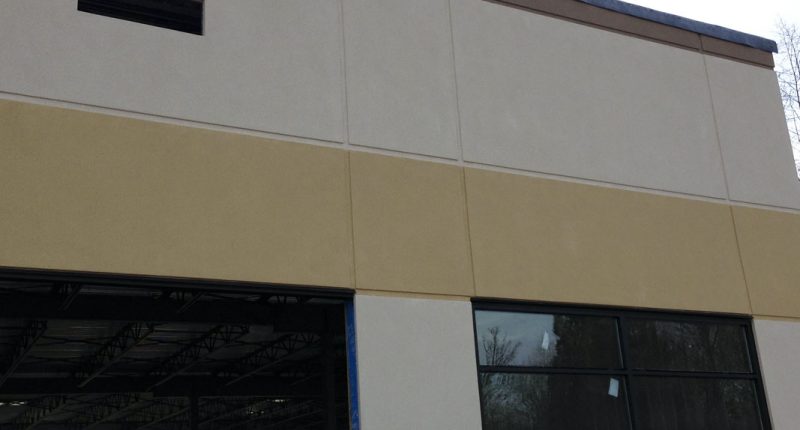 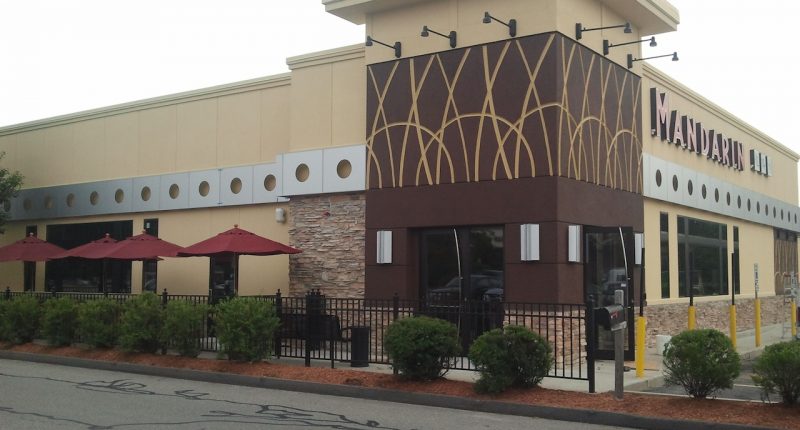 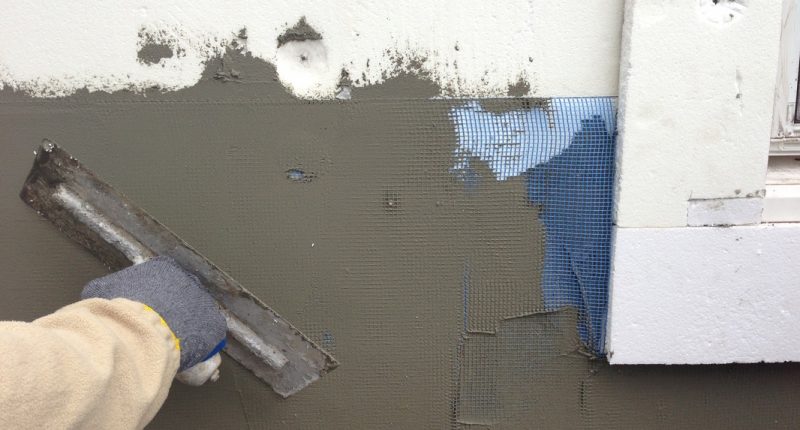 EIFS (pronounced eefs) is an acronym for Exterior Insulation Finish Systems. The basic process involves attaching insulation boards to various substrates like sheathing or concrete block, then troweling on a base coat which is reinforced with a mesh fabric. The final process involves troweling on a decorative finish color top coat which is floated to assimilate many varied textures.

THERE ARE TECHNICALLY FOUR TYPES OF EIFS

Class PB or Polymer Based EIFS

Uses expanded polystyrene insulation board which is adhered to the substrate with proprietary polymer based adhesive that is applied with a notched trowel to the back of the insulation board. In most cases the adhesive that is used in this process is the same material that is used for the base coat and may or may not include portland cement in its composition. After the board has been allowed to set, the surface of the insulation board is often rasped to flatten out high spots and break the surface for a better key of the base coat. The base coat is then troweled onto the surface and a reinforcing mesh is encapsulated by embedding it with a trowel into the base coat. In some instances it is necessary to add more base coat to completely encapsulate the mesh. This process is then followed with an acrylic decorative finish color top coat, floated to the desired texture. Typical thermal values of expanded polystyrene foam board are R3.65/inch. Typically wall thicknesses of these systems are installed from 1″ to 4″. Larger thicknesses are often used to create the look of heavier decorative features, such as quoins, bands, classic entablature and other decorative shapes.

In most cases is similar to that of PB EIFS with the exception that a liquid applied water-resistive barrier is installed over the substrate to provide a level of redundancy for moisture protection. These liquid membranes are troweled, roller, or spray applied, generally over a substrate of glass fiber faced gypsum sheathing, oriented strand board or plywood, depending upon the manufacturer’s requirements. Combined with compatible reinforcing fabrics and membranes, penetrations and joints between the sheathing boards are treated to help prevent moisture from breaching the assembly and getting into the cavity or framing of the building. The expanded polystyrene insulation board is adhered with a proprietary adhesive with a notched trowel. The adhesive is oriented in a vertical direction on the back of the insulation board, to provide a medium for the drainage of moisture between the liquid applied membrane and the insulation board. After the board has been allowed to set, the surface of the insulation board is often rasped to flatten out high spots and break the surface for a better key of the base coat. The base coat is then troweled onto the surface and a reinforcing mesh is encapsulated by embedding it with the trowel into the base coat. This process is then followed with an acrylic decorative finish color top coat floated to the desired texture.

There still exist more rudimentary and complex forms of these types of systems, which include mechanically attaching housewraps or building paper, drainage mediums of tangled plastic netting, furring, channeled and compartmented insulation board. While many manufacturers still carry these products, they have fallen out of favor in lieu of the newer more user friendly and advanced technology.

Uses planed or sanded extruded polystyrene insulation which is mechanically attached over a water-resistive barrier and substrate with screws and plastic washers or discs. The reinforcing mesh is generally attached using the same fasteners as are used in attaching the insulation board. The base coat is mixed with the addition of cement, sand, water and a liquid polymer to make a coating that is applied 1/4″ to 3/8″ thick. This is followed by a texture able acrylic decorative finish color top coat. Because of its thickness, coefficient of expansion and contraction and its affinity to similar stucco compositions, PM systems require mechanical control joints to provide stress relief from panel to panel. Typical thermal values are approximately R5/ inch of extruded polystyrene foam board. Limitation to this product’s use is higher cost of materials while being much more labor and skill intensive than the PB system. Competitive in the 1980’s with the more popular PB systems, PM systems are not used to any great extent today, although many manufacturers still carry them as part of their product line.

PI in this reference refers to Polyisocyanurate Insulation boards. PI boards generally have a higher density than extruded or expanded polystyrene insulation board, with a higher thermal value of approximately R7/ inch. They are distinct in that the core is yellow in color and a fiberglass facer is installed over the surface of the board. Because of these physical characteristics, PI board is typically installed mechanically with screws and polypropylene discs over substrates generally of sheathing board. Because of the fiberglass facer, rasping of the board is prohibited. Like PB systems however, a proprietary polymer base coat is applied over the surface of the insulation board and a fiberglass reinforcing mesh is embedded into it. Finish is applied in a similar manner to PB EIFS. PI systems have had a larger following in the residential market because of their simplicity of installation. Occasionally they are used in a commercial setting as a substrate for darker pigmented finishes. This is because the in-service temperature of the PI board exceeds that of expanded polystyrene. Like PM systems however, their use have diminished over the years in favor of products that have been developed for EIFS with drainage.

EIFS (pronounced eefs) is an acronym for Exterior Insulation Finish Systems. The basic process involves attaching insulation boards to various substrates like sheathing or concrete block, then troweling on a base coat which is reinforced with a mesh fabric. The final process involves troweling on a decorative finish color top coat which is floated to assimilate many varied textures.

The history of styrene can be dated back to 1831, when it was found that heated storax (the gummy resin in balsam trees) resulted in vapors that contained the basic chemical properties of this thermoplastic resin. Storax has also been found in the mummified remains of the Egyptians.1

In 1839 a German druggist name Eduard Simon is credited with distilling storax resin and obtaining an oil which he named “styrol.” It wasn’t until 1920 that another German, Hermann Staudinger fully understood the ramifications of Simon’s discovery. It was Staudinger who made the first samples of polystyrene which processes developed into the first commercial production by Badische Anilin & Soda-Fabrik aka BASF in 1931.2 Staudinger received the Nobel Prize for Chemistry in 1953 for his research.3

In 1929 the Dow Chemical Company, developed a method of making synthetic polystyrene, although the original concept can arguably be attributed to two Swedish scientists C.G. Munters and J.G. Tandberg who filed for a patent in 1931 and a U.S. patent in 1935. Dow scientists led by Otis Ray McIntire were able to develop a commercial process for the production of cellular polystyrene, now commonly referred to as Styrofoam®. It was patented in 1944.4 McIntire himself has stated that he stumbled upon the process for making Styrofoam by accident while he was trying to find a flexible electrical insulator.3 Ray McIntire was inducted posthumously into the National Inventors Hall of Fame in Akron, Ohio in May 2008 for his contribution joining other such notables as Henry Ford, Thomas Edison and the founder of Dow, Herbert Henry Dow.4

Post World War II Europe provided a prime proving ground for the development of synthetic polymers as a result of petroleum and natural rubber shortages. A German company Sto AG pioneered the first quality synthetic resin wall coatings in 1955 and introduced what is now called EIFS to the European market in 1963.5 EIFS was readily accepted because it provided much needed thermal value to common wall construction of masonry. The necessities apparent in post WWII, new buildings were required to replace the old which spurred a period of renewal. Because most of Europe already had affinity for the trowel applied arts, EIFS fit well into its resurgence. A plus to this scenario was the fact that polymer modification of coatings presents an opportunity for much less cracking than traditional stucco compositions. EIFS is used on 40% of all new European buildings and 80% of retrofitted buildings.6

It is widely accepted that EIFS used in North America was established by a company named Dryvit in 1969. The origins of Dryvit Systems, Inc. can be traced to a handshake agreement between Frank Morsilli, a businessman with a family background in plastering and a German inventor named Edwin Horbach. Morsilli, was duly impressed with the stucco-like product that Horbach twisted in his hands without a single crack and entered a licensing and royalty agreement with the inventor to bring the product to the United States.7 Providence and timing were working in Morsilli’s favor in the early 1970’s when Dryvit was in its infancy. The oil embargo of 1973 created widespread concerns for fuel shortages and energy conservation, which gave a lift to the growing company.

Today, EIFS is perhaps better known because of the aesthetic effects that can be created with the product than by its true virtue of energy performance. Sales for EIFS in 2006 exceeded $313 million and through the 3rd quarter of 2007 were at $224 million.8