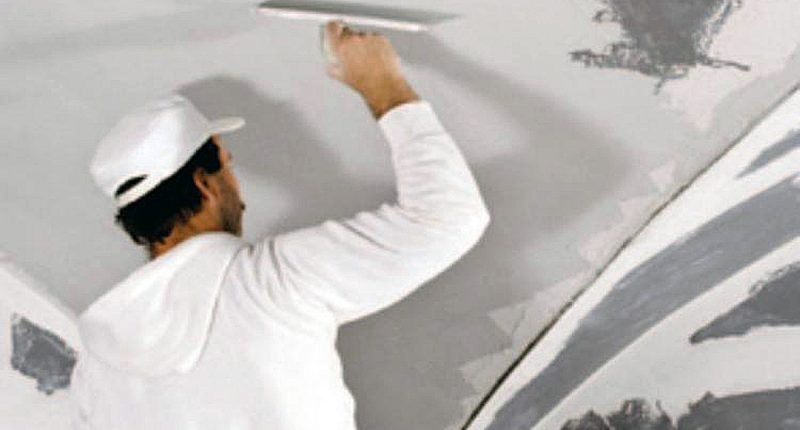 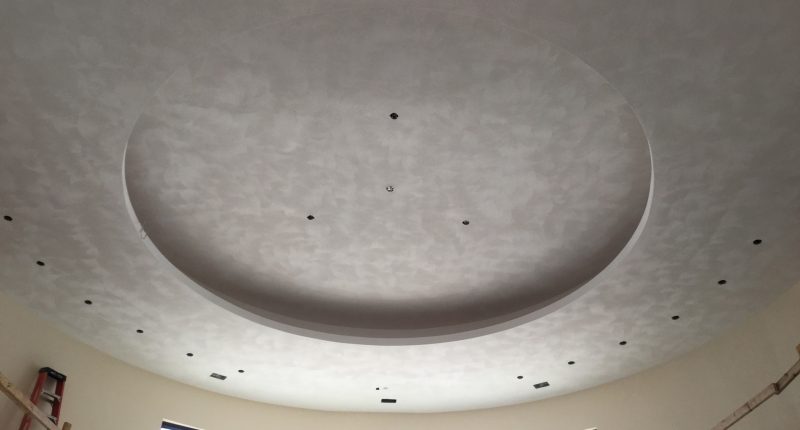 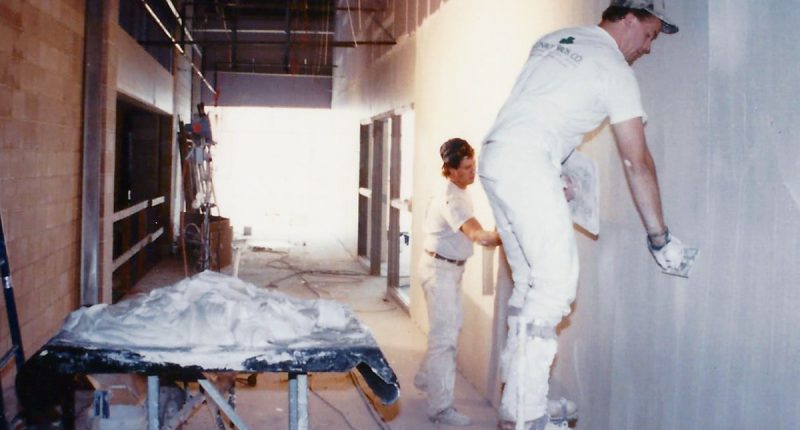 May be started and finished all in the same day.

Unlike drywall where joints and fastener heads must be treated with compound and sanded over multiple operations, veneer plaster is ready for final decoration after 48 hours.

A plasterer can achieve the completion of a unit in 1/4th the time that it takes to do a Level 4 or 5 drywall finish.

May be finished smooth or in a variety of textures.

A solid record of performance since its development in the late 1950’s.

A superior upgrade in performance and value to a comparable Level 5 drywall finish.

Veneer plaster walls and ceilings meet or exceed many rated wall assemblies up to 2 hours in some cases.

Commonly installed over a specially treated surface gypsum board on framed wall partitions. Veneer base comes in four foot widths, and lengths from eight feet to twelve feet. Thicknesses range from 3/8″ to 5/8″ and also are available in Type X for rated assemblies. Attachment of the board is generally by self drilling or self tapping screws depending on the type of framing. Consult manufacturer of veneer base for specific application procedures. Joint reinforcement is generally accomplished through the use of glass fiber or paper tape. Glass fiber tape is usually installed by means of a staple gun. Paper tape is embedded in a compound material compatible with the veneer plaster. Corner beads and control joints are installed where required.

Concrete block provides an excellent keying surface for the application of veneer plaster. Because of the open cell nature of concrete block, a two coat application of veneer plaster is recommended. The block must be clean and reasonably plumb, with the mortar joints struck clean and flush with the edge of the block. If the block is completely dry and because of its absorptive nature, it may be advisable to lightly mist the surface with water or apply a liquid bonding agent in order to minimize the suction and provide sufficient time for the veneer basecoat to set. The finish coat is applied immediately after the veneer basecoat has set.

Concrete surfaces accept veneer plaster; however some special precautions must be taken in their preparation. Ridges created as a result of forming the wall should be ground down. The concrete must also be free of any form release oils or curing compounds that may have been used as a result of pouring the wall. These oils can and have demonstrated that they may impair the bond of the veneer plaster to the concrete. Finally, a liquid bonding agent should be applied to the surface of the concrete to improve the bond of the veneer plaster. Unless it has been demonstrated that the concrete is flat without blemishes, it should be anticipated that a two coat operation should be employed where the base coat may true up the concrete wall, and provide a satisfactory surface for the installation of the finish coat.

You really can’t talk about the history of veneer plaster without also talking about the development of plaster products that inspired the evolution of the product.

Many people still discover in remodeling and renovation the remains of wooden laths in plaster walls dating well back to the 18th and early part of the 19th century. Wood lath was installed in narrow strips and positioned approximately 3/8″ apart to provide a mechanical key for the fresh plaster. The fact that these walls still stand today is a testament to the durability of plaster. Perhaps due to the tedious nature of installing these narrow wooden laths, manufacturers started experimenting with plaster bases that could be installed faster over a larger area. You might even say that drywall can date its roots back to this period in time when a gypsum board sandwiched between layers of paper began appearing. Invented in 1894 by Augustine Sackett, “Sackett Board” as it was known, had too rough a surface to be used as a wall treatment by itself, although it proved to be an adequate base for the application of gypsum plaster.1

Technically perhaps not what we think of as a veneer plaster base, the invention of the Sackett board must still be credited as the discovery which led to improvements that were made to make gypsum lath plaster boards lighter and more accommodating to plaster installation. The Sackett Plaster Board Company was soon bought out in 1909 by a group of gypsum manufacturers calling themselves the United States Gypsum Company. By 1928 Sackett Board had largely been replaced in the plastering industry by a larger more efficiently installed plaster board known as “board lath” or more commonly referred to by the USG proprietary name “rock lath.” Sold in both a plain surfaced and perforated, to promote a mechanical key, the lath is faced with a multi-layer paper surface treated with gypsum crystals to provide proper absorption of the gypsum plaster.

Immediately after World War II, the nation was faced with the largest building boom in construction history. Demand for qualified plasterers exceeded the supply. And with the need for quicker more economical construction methods, it was realized that conventional plastering methods had become cumbersome. If the general contractor was lucky enough to find a plasterer whose schedule matched his own, it was not unusual for the dry out of new plaster walls to hold up the laying of wood floors and trim by several weeks. For this reason, many upstart contractors realized the economic value of drywall in getting a building completed within a reasonable time frame. So, once the trend towards drywall started in the late 1940’s it continued to escalate through the 50’s, 60’s and 70’s.2

By the late 1950’s some concerned individuals in the plastering industry began to realize their lost market share. It was reasoned that an improved high strength thin plaster system that could assimilate many of the good features of traditional plaster, yet do so faster and compete economically with drywall was viable. As a matter of fact, veneer plaster had already been used to great extent in Britain where it had been developed. Veneer plaster provided for a flat monolithic surface as compared to the shortcomings of drywall, which by comparison, nail pops were common and taped board joints oftentimes telegraphed through final decoration. Unfortunately, and slow to any change in methods that have been forged for centuries, the plastering industry did not embrace this new system, that was seen as both a vast improvement but also a salvation for the industry.

Curiously what goes around comes around. The drywall industry publishes guidelines for five different levels of finish to meet the level of expectation of the customer. Level five describes a process of three coats of joint compound over the board joint seams and a final skim coat of the same compound over the entire surface. According to the Gypsum Association document GA-214 “This highest quality finish is the most effective method to provide a uniform surface and minimize the possibility of joints telegraphing and of fasteners showing through the final decoration.” The plastering industry begs to differ. Level five drywall finishes may provide the highest quality for drywall finishing but not the best. Even the best drywall finisher will admit that those accolades go to veneer plaster.